As more states and counties respond to the coronavirus pandemic, over 100 million Americans are being asked to shelter-in-place. Families across the U.S. are facing a fresh question: How can kids and parents alike stay productive — and sane — during self-isolation?

Help is on the way. Leading faith-driven studios, most doubling as ministries, are stepping up to be a resource to families.

VidAngel’s special free trial has already been quickly snatched up by “tens of thousands” of families, the streaming service reports.

“The VidAngel family is pitching in and doing whatever we can to help our communities weather this crisis.” – Neal Harmon

“Working parents are strapped right now trying to juggle kids at home and work from home,” said VidAngel CEO Neal Harmon. “We hope free access [to VidAngel] will come as a welcome relief in the face of the stress of the pandemic.”

Meanwhile, Focus on the Family has made available a month-long trial of character-building children’s show Adventures in Odyssey. Their app includes both audio dramas and animated video programs.

On a larger scale, the year’s biggest faith-based entertainment release has opted for a new way to reach audiences with its message of hope.

Eight years in the making, I Still Believe recounts the love story of Christian music artist Jeremy Camp and his college sweetheart Melissa. Come Friday you’ll be able to see it at home.

Opening March 13 on over 3,000 screens, I Still Believe earned over $9 million at the box office. It slightly underperformed estimates, as nationwide self-isolation began that weekend.

“Travel bans, empty grocery stores, and the worst box office weekend in 22 years,” stated Ben Smallbone, editor on the film. “It just so happens that this was the weekend selected months ago to release our movie. Is God in this? Absolutely.”

Despite their hope, it was a blow to the big-budget film. With all theaters now closed, box office tracking has been suspended for the first time in decades.

“As filmmakers, we are heartbroken that we can’t share I Still Believe on a big screen the way we intended,” said directors Jon and Andrew Erwin in a statement. “We make movies because we love movies, and we stand firmly behind the nation’s theater chains. But the safety of guests comes first.”

They opted to follow the route of other Hollywood films including Onward and Birds of Prey. This Friday, I Still Believe will premiere on premium video-on-demand services. The inspirational film will be available for a $20 fee on Google Play, Apple TV, Amazon Prime, and Christian Cinema.

“Having this premium video on demand option replaces being able to see the movie at theaters,” stated the film website. “Think of this as a movie ticket for a 48-hour home-viewing window.”

Major streaming services have been reaping the rewards of self-isolation, with buzz about Netflix, Amazon Prime Video, and Disney+ at a peak.

Smaller faith-based services have been quick to provide special deals during the crisis. While VidAngel’s trial currently runs through March 30, a source indicates other offers are in the works. 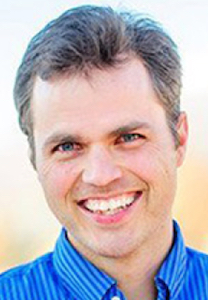 “Our award-winning content is both entertaining and educational,” said Harmon. “The VidAngel family [is] pitching in and doing whatever we can to help our communities weather this crisis.”

The streamer has recently become known for two hit series. The Chosen retells the life of Christ, starting with his calling of the disciples.

Produced by Dallas Jenkins, son of evangelical author Jerry Jenkins, the drama has won awards from Movieguide among others.

Program of the Year winner at National Religious Broadcasters Convention in February, Adventures in Odyssey has entered its 32nd year of production. All 900-plus audio episodes can be accessed from its mobile app along with over a dozen animated programs. It’s free for the first month.

Each of these apps — VidAngel, Minno, and Adventures in Odyssey — are compatible with Google Chromecast, Apple TV, and other top devices.

This past week, congregations have adopted streaming as never before. While only a quarter of U.S. churches offered live-streaming as of last fall, thousands more have ventured in per recent reports.

“Our team has been monitoring the #COVID19 outbreak and brainstorming how we can best serve the church.”

Having served churches for decades, RightNowMedia hopes to bridge the gap between Christian teaching and streaming content.

Their online ministry works through churches, who then provide access to congregants. However, they are shifting their focus during this crisis.

“Over the last several weeks, our team has been monitoring the #COVID19 outbreak and brainstorming how we can best serve the church,” the ministry tweeted. “We want to support individuals who don’t have access to RightNow Media [with] a curated library of video resources.”

As families navigate a wealth of in-home content, faith-driven producers hope their programs can be a help.

For the Erwin Brothers, who co-produced I Still Believe with major Hollywood studio Lionsgate, it’s a test of believers’ support for new models of film distribution.

“[This is] a movie whose inspiring message of love, hope and faith is perfect for these uncertain times,” said the co-directors. “We’re proud to have the opportunity to share [it] online.”

A graduate of the University of Colorado, Josh M. Shepherd covers culture, faith, and public policy issues for media outlets including The Stream and The Federalist. Find him on Twitter and follow The Stream @Streamdotorg.