Why were you involved in a funeral ceremony for the 2,246 medically preserved fetuses found in the private collection of dead South Bend abortionist Ulrich Klopfer? Aren’t those just medical waste under U.S. law? Are there states where they do receive human burial?

As for the distinction between these children and medical waste? It is appropriate that this burial occurred in Indiana. Because the State of Indiana does have a law requiring aborted babies to be treated reverently, either through burial or cremation. This law, moreover, was recently upheld by the Supreme Court. This means that many more states will pass such laws in the near future. A bill has also been introduced in the US Senate to make this a federal policy.

Why Hoard Dead Babies at Home?

Can you fathom why such a man as Klopfer would save so many “specimens”? Were they trophies for him? The Nazi doctor who experimented on handicapped children at Otto Wagner Hospital in Vienna kept them for that reason. Do we have any evidence of what Klopfer thought he was doing?

I have worked with many ex-abortionists to help them on their journey of repentance and healing. Most people do not realize how traumatized and deeply damaged these men and women are because they are killing babies. To do that day after day? It requires a betrayal of one’s own humanity and a colossal distortion of mind, heart and emotions. 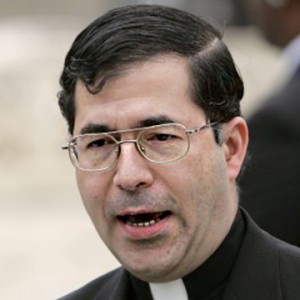 As a result, there will be bizarre behavior.

The abortionists actually resent the work they do. It’s the dirty work of picking up the pieces of society’s failure to resolve problems. Which are then scapegoated onto the unborn. The abortionist therefore may throw the violence of abortion back on society. As if to say, “Here – you’ve put this dirty work on my shoulders, but I’m not going to suffer through it alone. It’s only right that you share some of my pain in seeing the violence of abortion.”

The Abortion Industry Covers Up Rapes

Klopfer was stripped of his medical license for performing abortions on rape victims (girls of 14 like his patients by definition are) without reporting it to police. How common are abuses like his in America? Did Live Action document Planned Parenthood colluding with people posing as sex traffickers to perform such abortions to hide their crimes?

The exposure of this evil has been going on for some time. At ChildPredator.com, for instance. See there the groundbreaking work that Life Dynamics did, through hundreds of undercover phone calls. They revealed how the abortion industry actually coaches young girls not to reveal the age of the man who impregnated them. That avoids the need for the clinic workers to make a report. This, of course, is the height of selfishness. It only serves to protect the perpetrator rather than the victim. But the abortion industry doesn’t care about that, because the more abortions, the more business. 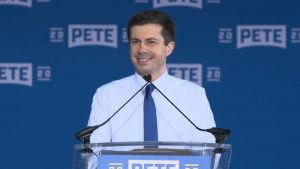 Mayor Pete Fronted for Filthy Clinics Like This One

Klopfer operated in South Bend, Indiana. That’s where Mayor Pete Buttigieg fought against closer medical and safety scrutiny of abortion clinics like Klopfer’s. He also pushed an ordinance preventing pro-life pregnancy centers from opening nearby. Do you think Buttigieg bears any responsibility for Klopfer’s career?

Yes, Mayor Pete shares responsibility for this tragedy. As all pro-abortion mayors do when they make it easier to take lives and harder to save them in the womb.

The abortion industry actually coaches young girls not to reveal the age of the man who impregnated them. That avoids the need for the clinic workers to make a report.

Did you see Buttigieg’s reaction when Klopfer’s family found all those fetuses, and called the police? Didn’t he just talk about the importance of not “politicizing” the discovery?

Mayor Pete, like many others, was more disturbed that the babies were discovered than that they were killed. This topsy-turvy reaction shows the level of denial so many have about what abortion is. It also shows that we are all disturbed at some level by how abortion has dehumanized us all. Not only the babies and their parents and the abortionists, but all of us. If we cannot recognize the humanity of these children, we’ve lost sight of our own.

Yet the discovery of these bodies brings us face to face with their humanity. And thus with the fact that we’ve betrayed our own humanity by allowing abortion. That’s the meaning of that strange reaction. Of being more bothered by finding the bodies than by the fact that they were killed.

Buttigieg recently reaffirmed that he supports abortion up through birth. How can he reconcile that with his claim to be a Christian (Episcopalian)? Is there any Christian church which holds that life doesn’t begin until birth?

Interestingly, Mayor Pete says that the life begins with the first breath. That’s exactly what abortionist Ulrich Klopfer used to say. Toward the end of his life, however, Klopfer started expressing discomfort with abortion in the third trimester. Mayor Pete should learn from him.

The National Catholic Reporter recently published “A Catholic Case for Pete Buttigieg.” Must we weigh the intentional killing of almost 1 million babies per year against other “life issues” like childhood obesity, gun crime, or illegal immigration?

To say that these other issues come anywhere near the gravity of the abortion tragedy is simply a break from reality. It is not only an error of judgment and of fact. It’s the beginning of a form of mental illness. Reality is so distorted that a baby is no longer a baby, and killing is no longer a problem.

The preeminence of abortion as a moral concern rests on three simple truths.

Some say that the treatment of immigrants is as much of a problem as the treatment of the unborn. I say, “Show me the hundreds of legal clinics where, each day, we are decapitating and dismembering three thousand immigrants legally, and then we can begin our discussion.”

Why do media routinely blame President Trump for the single death in the Charlottesville, Virginia riot? He had no connection to the neo-Nazi rioters and clearly condemned them. Have there been any media outlets that make the Buttigieg connection with South Bend’s own Kermit Gosnell? Why not, do you think?

This disconnect is based on two things: the societal denial of what abortion is, and Trump Derangement Syndrome.

Donald Trump has proven to be more consistently pro-life than any president since Reagan. Did that surprise you? What do you say to those who ask why he signs budgets that still fund Planned Parenthood?

I felt privileged to serve as one of the advisers of the Trump Campaign on pro-life and Catholic issues. So I am again doing now in his second campaign. I was told back in 2016 that if elected, he would “do everything past pro-life Presidents have done, and more.”

That has proven true each day.

He is a man of his word. One who gets things done that others tried and failed to do. He surrounded himself with strong pro-life people, both in the campaign and in the administration. So I was not at all surprised at the long (and growing) list of his pro-life accomplishments. People can find a summary at ProLifePresident.com.

As for funding? Nobody has done more to defund Planned Parenthood on the state, federal and international levels. There are many funding mechanisms. Some rest under his control. He has turned those off. Others remain under the control of Congress or the states.

As for Congress, we need to get a 60-vote pro-life majority in the Senate. That’s what’s holding things back. Moreover, the funding mechanisms that the President has stopped also have timelines. Some do not all kick in immediately, but will. He and the pro-life members of Congress have also successfully prevented the Democrats from weakening even a single pro-life protection they have placed in the various spending bills. The President has indicated (in writing) he will veto any such attempt to weaken them. Both the House and the Senate have indicated (in writing) that they will sustain such a veto.

2020 Could Be the Turning Point, Either Way

How crucial is this election to the future of the pro-life cause? What would concretely happen if any Democrat wins?

There has never been an election more important for the pro-life cause – and in fact for all the principles on which America is based – than this one. The President will continue to make and keep America great. A key part of that means restoring protection to the unborn. The Democrats will continue to become more extreme than ever before. The choice is very stark and clear.

Democrats would enforce an “abortion until birth” policy. They’d take away existing policies that regulate abortion. They’d not only fund Planned Parenthood but make it an agency of the federal government.

The makeup of the courts is at stake as well. President Trump has already placed 191 federal judges on the courts. They will serve for a lifetime and render pro-life decisions. And there are many more to come. In fact, the two oldest justices on the Supreme Court are pro-abortion. So we could have – if the President is re-elected and the Senate stays in Republican hands – a 7 to 2 pro-life majority on the Court before too much longer.

What can we do spiritually and practically to remember these 2,411 vanished Americans?

We all need to become more informed and active in the pro-life movement. TenStepsToEndAbortion.com is a good place to start.

Also, at AbortionMemorials.com, people will learn of a National Day of Remembrance (which I co-founded), each year on the second Saturday of September. Simultaneous services take place at the grave-sites of aborted babies nationwide. Each day of the year, people can come to this site in order to learn about the history of these burials and to offer prayers for these children and the healing of their families.

For the names given to each of those abandoned babies before their burial, click here.

Rev. Frank Pavone is one of the most prominent pro-life leaders in the world. Originally from New York, he was ordained in 1988 by Cardinal John O’Connor. Since 1993 he has served full-time in pro-life leadership with his bishop’s permission. He is the National Director of Priests for Life, the largest pro-life ministry in the Catholic Church. He is the author of four books: Ending Abortion, Not Just Fighting It; Pro-life Reflections for Every Day; Abolishing Abortion, and Proclaiming the Message of Life.