“We are not resting how God wants us to rest,” says Robert Morris, lead pastor of Gateway Church in the Dallas area. “That is causing stress issues, which in turn are causing emotional and physical issues as well.”

Recent headlines back up his concerns. For the third year in a row, the CDC announced last year that Americans are on average living shorter lives. Medical experts state that stress is linked to all six leading causes of death: heart disease, cancer, lung ailments, accidents, cirrhosis of the liver, and suicide.

“Fifty years ago, people didn’t have the stress issues we have now,” adds Morris. “Doctors tell us we are now the most medicated society in the history of the world.”

The pastor believes the first solution is ancient if not always easy: Take the Day Off. It’s the title of his latest book, which dives deeply into what he calls the “forgotten commandment.”

“It has become part of our culture that we just work all the time, and I think the devil loves that.”

Morris admits his own past failings to take a Sabbath rest. As lead pastor of a megachurch with more than 30,000 people attending every week at 11 campuses, he shares about a multitude of tasks and needs vying for his attention.

In a phone interview, he tells of the personal crisis that woke him up to his stress problem, responds to critics, and opens up how the Bible applies in today’s fast-paced world.

When did you first discover God’s principles concerning rest, and how has implementing them changed you? 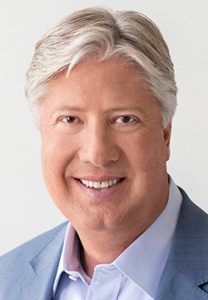 Pastor Robert Morris: I like to call it “The Great Underwear Crisis of 2004.”

What I mean by that is I was going for three or four weeks without a break. Part of that was, I went overseas with Life Outreach International. It was a very emotional trip, and draining physically as well. I came back and I was very tired.

Getting dressed and ready to go into the office, I opened my underwear drawer and only had one pair of underwear left. I stood there feeling emotional about it.

Simple solutions didn’t occur to me, like: I could wash some more or buy some more. I just couldn’t think. Then I went to open my sock drawer and didn’t have any socks. I actually started crying.

Later that day, I went to lunch with a friend and said, “I think I’m losing my mind today over socks.” The guy said, “You’re not losing your mind — you’re just tired, and anybody would be tired after the last four weeks you’ve had.”

That’s when I started studying rest and discovered what the Bible says about Sabbath, which literally shocked me. I realized that God had actually given us one day of rest per week, and we’ve even turned that day into a real busy day.

The Principle of Trust

Why do you think our culture has become so fast-paced?

Morris: All this technology meant to help us also has a downside. We’re beginning to talk about it some. Part of that downside is we are connected all the time, and we need to disconnect every now and then.

“One of God’s top ten principles… is [for us] to rest one day a week.”

For instance, I used to have a work phone and a home phone. People wouldn’t think about calling you about a work issue on the weekend. They would wait until they got to their office and work phone, then they would call your work phone. Now we carry our work phone and even work computer in our pocket everywhere we go.

You can get a work e-mail at midnight, wake up, and have three more work e-mails the next morning. It has become part of our culture that we just work all the time, and I think the devil loves that. We’re not thinking about what it’s doing to our bodies, our minds, and our families.

What are the “four tanks” each person has, and why do they need refueling?

Morris: All of us have an emotional tank, physical tank, spiritual tank, and mental tank. The reason we need to refuel them is because we’re constantly using them to refuel other people. It takes energy to meet and talk with someone — physical, mental, emotional, and even spiritual energy. As Christians, we pray over people and help them walk through life.

The Lord gave me an illustration of a tanker truck driving around filling up gas stations. At some point, that tanker truck has to go back to the refinery and refuel himself. When he’s refueling, he’s just standing around doing nothing.

God showed me: Robert, you don’t like to do nothing. So you just keep on driving, thinking that you’re going to have enough to fuel all the staff, your family, and the church. Yet you’re actually running on fumes if you don’t go back to the refinery and fill up yourself.

Some contend they don’t have the “luxury” of taking time off. What is your schedule like?

Morris: We have over 600 people on staff, so my job is to oversee them. Importantly, I prepare a weekend message. Then I write books, travel and speak. We also have the television show and radio broadcast. So I’ve got to learn how to delegate those many responsibilities.

It’s not the case that, because we have a larger staff, I have more luxuries to be able to take time off. Actually, my responsibilities have increased from when the church was smaller to now. Yet the principle remains the same. I’ve got to believe God that, if I take some time off, I’ll be more productive in the other six days of the week. It’s about trusting him to take care of it.

In that list, the fourth commandment is to rest one day a week. No matter what our schedule is, this is one of God’s top ten principles.

Does taking a Sabbath rest have to be on a certain day of the week?

Morris: In the Old Testament, for four thousand years, it was on Saturday. That was the seventh day. Then the Jews who accepted Jesus as the Messiah began to worship on the first day of the week, because that was when he was resurrected. But they still rested on the seventh day.

“Our bodies need one day of rest out of seven days.”

I don’t think it has to be a certain day of the week anymore, but it does need to be one day every week. Our bodies need one day of rest out of seven days.

A book titled Take the Day Off may appear to urge a passive stance. How would you respond?

Morris: This book actually urges a trusting stance. The word Sabbath means “cease from labor.” It appears the first time in Scripture in the chapter before the Ten Commandments, when God was giving them manna.

It really comes down to a matter of trust. If I rest one day a week, will God provide for me in the other six days? I want to tell everyone a definitive: Yes. You will be more effective resting one day a week than you would be by working seven.

Robert Morris’ latest book Take the Day Off is now available. Explore The Stream’s complete books coverage, and sign up to receive top stories every week.

A graduate of the University of Colorado, Josh M. Shepherd covers culture, faith, and public policy issues for media outlets including The Stream and The Federalist.