This year’s Nobel Prize in physics was awarded to three scientists for their “contributions to our understanding of the evolution of the universe and Earth’s place in the cosmos.”

The story of the universe begins with a Big Bang some 14 billion years ago. The spectacular explosion created a hot, compact, and opaque particle soup that trapped even massless photons. After about 400,000 years, the universe cooled enough for photons to escape, creating what’s called the cosmic microwave background radiation–and within it, many of the secrets of the universe.

Pebbles created the theoretical framework, over a period of two decades starting in the mid-1960s, to reveal some of these secrets. Fundamental among them was showing that all the cosmic matter we can see constitutes only a tiny fraction of the universe’s contents. About 25% is dark matter, which can be inferred because of its gravitational impact on galaxies, and about 70% is dark energy, which must exist to explain why the universe continues to expand. That said, dark matter and dark energy, with their spooky names, remain mysteries to modern cosmology.

But cosmologists still have plenty to debate about the 5% of matter that we can see. Chief among them is how planets (and eventually, life on at least one of them) came about. In 1995, Mayor and Queloz’s discovery of the first planet circling a star other than our sun blew open existing ideas about planetary formation. The planet, 51 Pegasi b, had been considered too big–about the size of Jupiter–and too close to its star to exist.

The method used to make that discovery opened the floodgates to finding more unexpected planets. Because planets don’t produce their own light, to find them Mayor and Queloz relied on the tiny wobbles that a planet produces in the star it’s orbiting. These visible wobbles can be detected with the Doppler effect–just like the change in the frequency of the sound of an approaching or retreating train. Today, we know that there are at least 4,000 planets around stars in the Milky Way galaxy alone, with countless more waiting to be discovered.

Despite being at the job for 55 years, Pebbles is still working to unravel the many mysteries of the universe. “Although we have made great advances in understanding the nature of the evolution of our universe, there are still many open questions,” he said speaking to journalists at the Nobel Prize press conference. Mayor and Queloz won’t disagree. 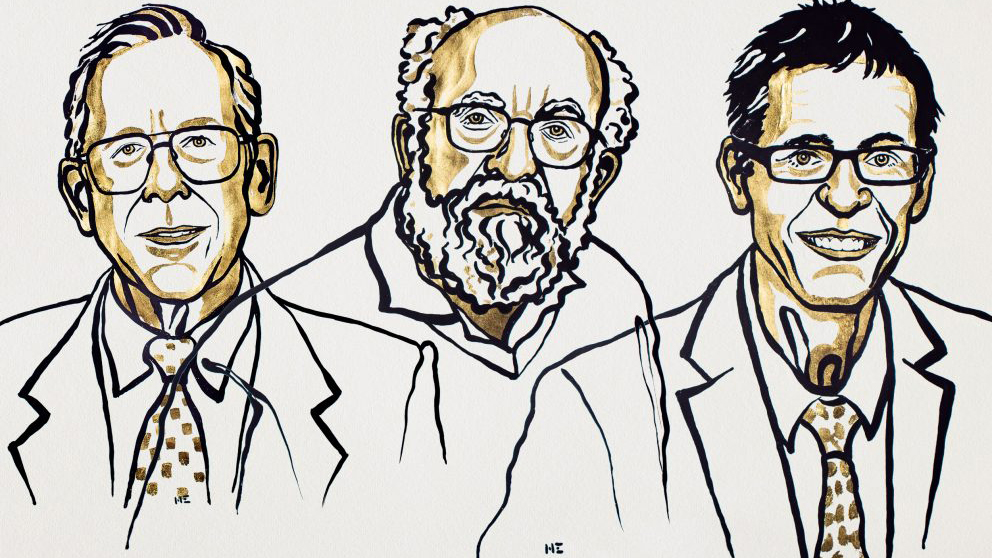