Facebook founder and CEO Mark Zuckerberg views Democratic senator and presidential candidate Elizabeth Warren as an existential threat, according to leaked audio from a Q&A session between Zuckerberg and his employees obtained by The Verge.

Asked by an employee about the growing interest in regulating Facebook and “the rise of of politicians like Elizabeth Warren,” Zuckerberg answered:

I mean, if she gets elected president, then I would bet that we will have a legal challenge, and I would bet that we will win the legal challenge. And does that still suck for us? Yeah. I mean, I don’t want to have a major lawsuit against our own government. … But look, at the end of the day, if someone’s going to try to threaten something that existential, you go to the mat and you fight.

On one hand, it makes perfect sense that the candidate Zuckerberg and his employees are most nervous about is Elizabeth Warren. Of the frontrunners for the Democratic nomination, she has the most explicit and aggressive plan to address the harms Big Tech has wrought: She wants to break it all up. No one should really be surprised.

On the other hand, hearing from the chief executive of a company more influential than any news organization in the world–and arguably, the most powerful person in the world–that he’s prepared to “go the mat and fight” with a presidential candidate is … worrying.

Malicious actors can use Facebook to try to affect an election, but the platform itself has enormous potential power to influence political outcomes. Its algorithms determine how widely a news story or other piece of political content can reach. It’s an arbiter of speech, able to decide what to censor, and what to leave up. And as Buzzfeed points out, even Facebook’s innocuous-seeming “I voted” button matters: It has been shown to boost turnout among Facebook users. As those users become older, that could skew the turnout.

“Imagine being this clear about opposing a candidate while owning a platform that could elect, if it wishes, to sideline her,” tweeted writer Anand Giridharadas.

“A good question for him is whether in addition to using his billions of dollars and vast army of lawyers to try to win political battles, would he use Facebook’s control over news distribution to try to slant election results in favor of candidates he likes better? Why not?” tweeted journalist Matthew Yglesias.

Warren, of course, immediately fired back at Zuckerberg:

Warren’s plan is to unwind big tech deals, like Facebook’s acquisitions of WhatsApp and Instagram, and designate Silicon Valley giants as “platform utilities” which must be separate from platform participants. (So for example, Amazon would not be able to have or sell its own Amazon Basics product line.)

Zuckerberg thinks Warren’s case “is not particularly strong,” according to the transcript published by The Verge. He argues that breaking up Big Tech won’t solve issues like election interference, because companies won’t be able to coordinate and work together.

Except we wouldn’t be having this discussion if the platforms’ size didn’t make effective election interference possible. 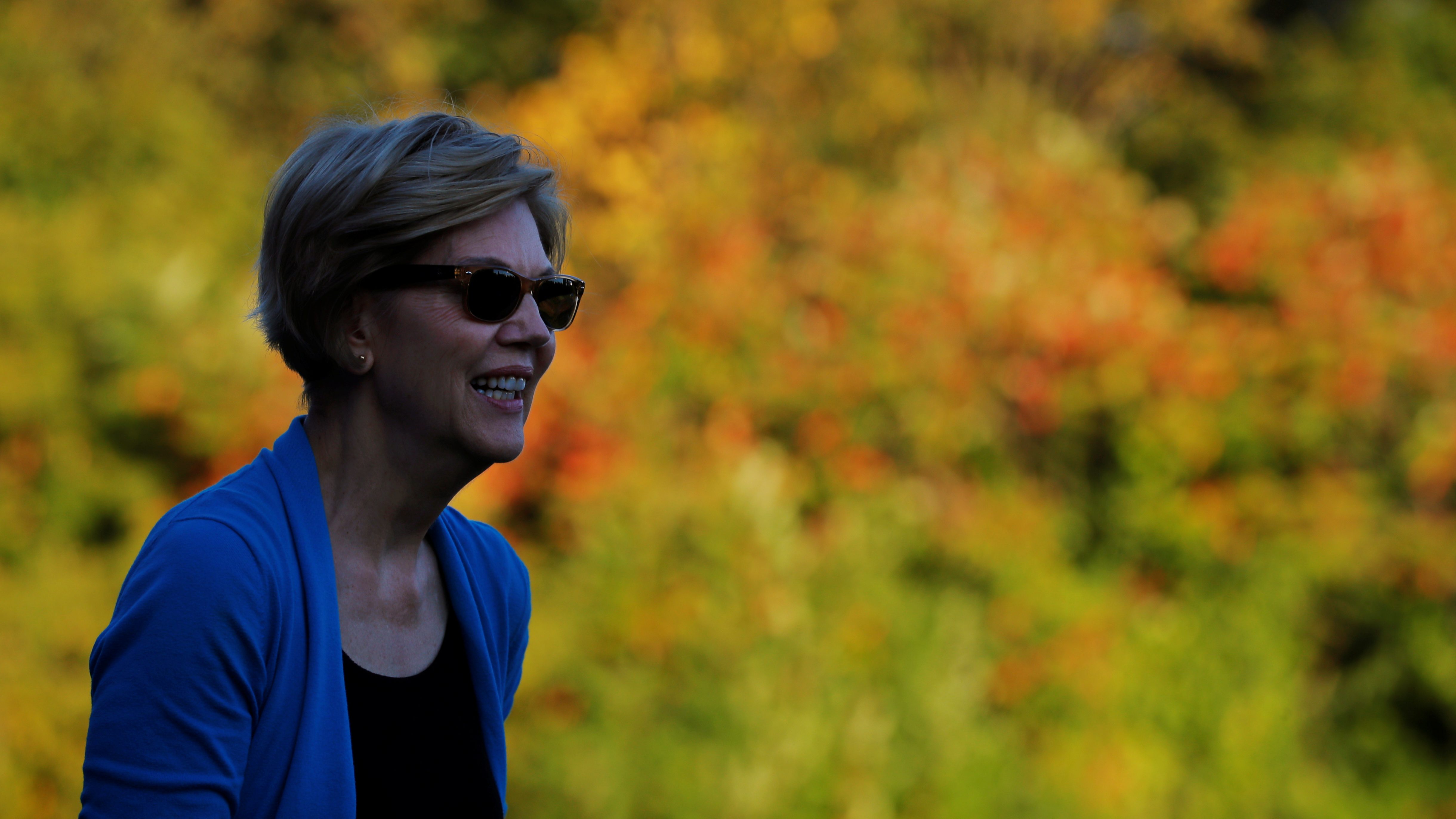